The print head of the fedar swimwear printer is of course much more complicated than the pump, so the causes of "clogging" are also various. There are roughly situations:
1.The most common way of clogging is that the ink accumulates on the surface of the print head to a certain extent to block the nozzle. Because the solvent in the ink must be volatilized into the air to make the picture dry, the ink is a volatile liquid that evaporates in the air and clears the solid matter. When the nozzle is sprayed on the fabric, there will always be some ink left around. This part of the ink will slowly block the nozzle after drying in the air, but it is easy to clean because it is outside the nozzle.
2. The piezoelectric crystal is damaged: the print head can't eject ink, the general piezoelectric nozzle can be used for about one year, and it may be normal to use it for less than one year in a factory with a lot of printing workload.
3. Fatigue damage of the piezoelectric crystal: the phenomenon is that the print head of the fedar swimwear printer sometimes ejects ink, and sometimes ink cannot be ejected, especially when the amount of ink jet is large (when spraying a dark picture), the phenomenon of "clogging" is obvious, and the best way is to replace a new print head.
4. The clogging of the filter in the print head: use the print head for a long time, especially in factories where often shut down at night, the ink does not flow in the print head for a long time, and it is easy to be absorbed in the internal filter or ink channel, the cross-sectional area of the ink flow becomes smaller, which will also cause the print head clogging.
5. The problem of the ink viscosity: the viscosity of the ink is too high to make the fluidity of the ink poor, and the amount of ink ejected by the print head per unit time is not enough; the viscosity of the ink is too low, it is easy to suck air when the piezoelectric crystal is pumped, The ink cannot be sucked, so the air is ejected; both will cause the phenomenon that the print head does not output ink. The environment in which ink is stored is important, it should be placed in the working environment for more than 24 hours before use. Because the viscosity of the ink will be very high when it is placed at low temperature, and the viscosity will become very low at high temperature. This difference in viscosity is very large. Once inks with large differences in viscosity are used together, it will cause the phenomenon that ink cannot be ejected
6. The failure of the drive circuit: the aging of the electronic components of the drive circuit and the accumulation of too much dry ink dirt may affect the voltage of the drive nozzle, resulting in no ink or unstable ink output.
7. Types of ink: Some manufacturers' inks are improperly controlled due to the amount of desiccant, drying too quickly, which can easily cause the ink to block the nozzle. Although it can be cleaned, it is more frequent. Once the nozzle is not used for a long time and the nozzle is not protected in time, It may cause permanent damage to the nozzle during the next work.
8. Frequent ink replacement: when the ink is replaced, the nozzle may not be protected, and the inkjet state of the nozzle may also be affected.
9. The work temperature and humidity of fedar swimwear printer: the general recommended temperature is 22 ~ 25 degrees, the humidity is 40 ~ 70%, the high and low temperatures affect the viscosity of the ink, and the nozzle will lack ink, which is often mistaken for "the nozzle is blocked." ".
10. Nozzle drive voltage: Appropriate nozzle voltage will make the nozzle eject ink more smoothly. 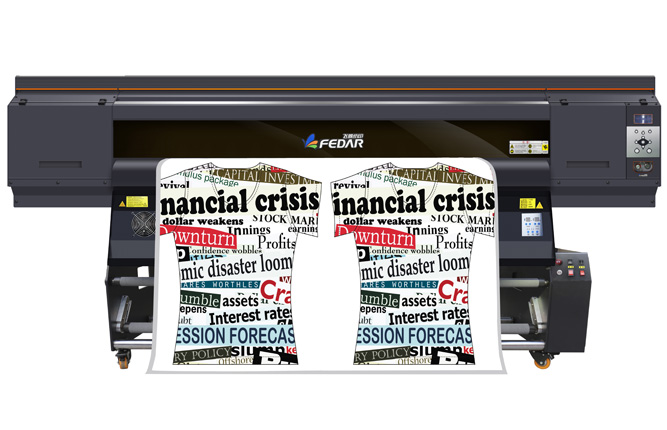