Reasons and solutions of printer crash

The use of the Fedar sportswear printer has brought us a lot of convenience, but once a crash occurs, the consequences are more serious. And the cause of this phenomenon is more complicated, let me talk about the causes and solutions of the printer crash.
1.the type of crash.
It can be divided into two categories: one is complete crash that the motion system stops working completely; the other type is non-complete crash, which shows that the printing data is interrupted, but the motion system still works.  The latter brings more harm and loss than the former. When the crash occurs, the whole system is in a state of chaos and the equipment and software must be restarted. It is normal if such failures rarely occur (people also make mistakes), but often there are problems.
2.to analyze the reasons.
There are four main reasons for the crash of fedar sportswear printer: 1.Mechanical failure;2.Interference;3.Software failure;4.Circuit failure;There may be many reasons for the same printer, and careful examination and judgment are needed to find out the reasons. The following are detailed separately:
(1) Mechanical failure:
Case 1: The movement track of the printhead car is blocked or the power is insufficient;This kind of situation hardly occurs on new equipment, and equipment that has been used for a little longer may appear.The inspection method is to take off the motor belt, separate the printhead car from the motor, and then push the printhead car by hand. If the movement is not smooth, replace the track or slide block, because the resistance to the car at this time is large, which will lead to electromechanical disorder and crash.
Case 2: Printhead Motor Failure;There are many crashes caused by such failures. The printhead motor of the printer is mainly divided into AC（Alternating Current）and DC(Direct Current). Among them, the AC has relatively few failures, which are usually caused by wear and tear after a little longer use time. There are many faults in DC type. It will not only crash due to wear, but also cause unexpected faults.
(2) Interference
Sources of interference to the printer include external interference and internal interference. Here we mainly analyze the internal interference situation:
A. Data transmission interference: Data cables without shielding or with poor shielding function are prone to interference and lead to unstable operation. Therefore, data cables with excellent performance and high quality should be adopted. In particular, it is proposed that optical fibers are not suitable for frequent bending motion environments although they have excellent Anti-interference.
B. Spark interference: If components that easily generate sparks are used in the printer, many unexpected faults will be caused.
(3) Software system
The software system is the command brain of the fedar sportswear printer. If there is something wrong with it,the printer can not work normally. 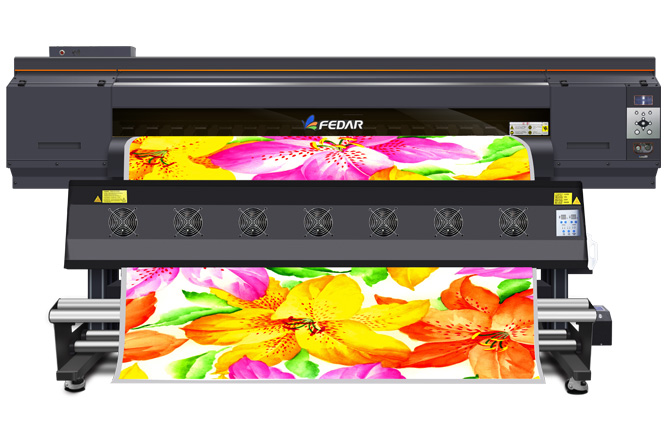 Pre:Analysis on the Problem of Nozzle Missing of Printer
Next:Factors affecting the printing speed of printer